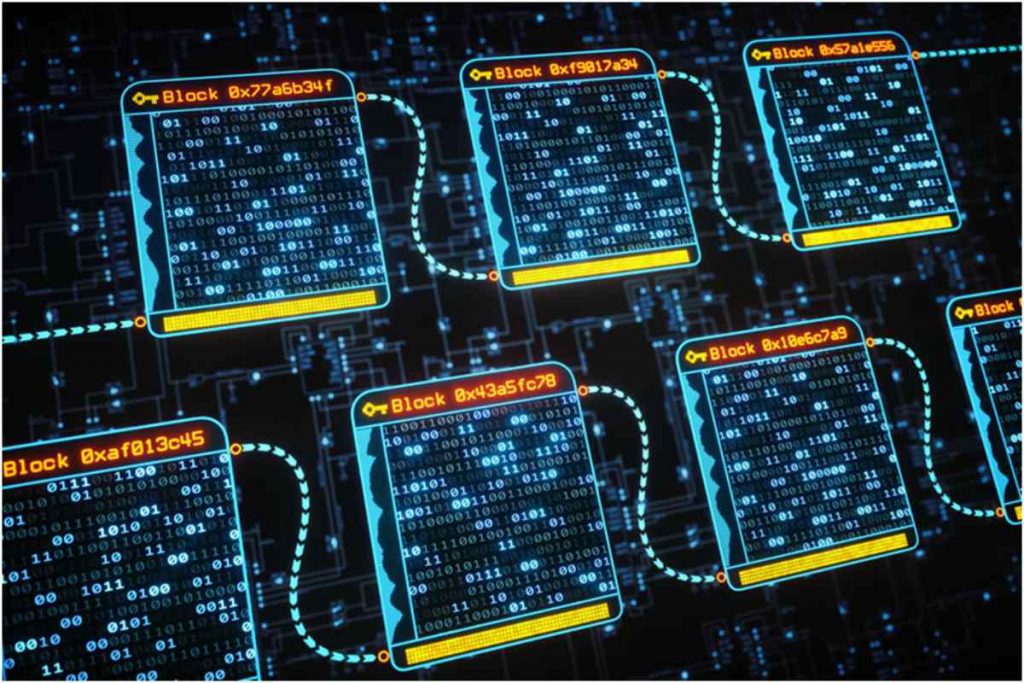 Satoshi Nakamoto’s blockchain technology has formed the foundation for several inventions and innovations. Today, our savings and banking systems have evolved with more secure ways of transacting online. In fact, blockchain has made way for a whole new industry, affecting our way of life and giving course to a new world.

Blockchain decentralization has helped advance industries in finance, security, and others. However, there are recent talks about it becoming the future of the internet. But, how true is this?

The internet, officially born on 1st January 1983, has been a vital aspect of modern civilization. However, the big industry players and tech giants have gradually monopolized the industry, taking control of our private data.

Since blockchain networks are open-source, we can initiate several projects using a peer sharing system to replace vital web features. And this can create an internet that is not dependent on a central failure point or intermediary. So, this article discusses some disadvantages of the centralized internet and how decentralization can solve them.

Challenges of the Centralized Web

There are several challenges facing centralized web. However, we will highlight two major ones – privacy and security.

Several high-tech industries are monopolizing various aspects of the industry. For instance, we have Facebook, Instagram, Google, Amazon, and others controlling most parts of the web. And this makes them the central power and enables control over user data.

However, a decentralized internet creates a distribution of data across several nodes. And this gives control to users and eliminates monopoly; therefore, reducing cases of data infringement.

Every time you fill out a form on the internet, it goes to a central database. We are talking about registering on social media platforms, purchasing a product from an online store, and more – our data is everywhere. While this helps the firms create a profile of their customers and users, it also creates a loophole.

Having a central data store like this makes them a target for cyber thieves. So, imagine what may happen if there was a crack in the Facebook database. We will be talking about billions of stolen data. In fact, the risks are beyond imagination. You can click here to read more about data breach.

Blockchain technology started in October 2008 as a means of transacting in cryptocurrencies. Furthermore, it has led to several innovations in the finance world and can take over the internet.

Generally, decentralization means a system whereby power is distributed evenly among users. The system allows the users to control, distribute, update, and remove data without interference. In addition, their identities are unknown, and operations are discrete.

The impact of a blockchain decentralized system is becoming a new trend in this era. In fact, several organizations are seeking new ways to incorporate it into their business process. This is because it provides a more secure means of carrying out transactions.

Benefits of a Decentralized Internet

The internet of blockchain is becoming more popular by the day. And there are some reasons for this. In this section, we will highlight two benefits of the blockchain internet.

There are several policy scandals on companies like Facebook, Google, and others. This has caused several users to lose trust in these tech giants. Also, it is not surprising that several consumers are skeptical about putting personal property, sensitive data, and money under the management of a centralized authority.

However, a decentralized system enables fairness and transparency. This is because everybody can see and handle transactions without interference.

The web holds much of our information. We are talking about details about our activities that can help study our lifestyle. And if this data gets into the wrong hands, we might be in danger.

One of the biggest loopholes of the centralized web is security. This is because; it allows a single data storage source, making it a target for cyber thieves. And when there is a data breach, our data can be stolen and sold to the wrong people. You can click on https://www.cyberpolicy.com/ to read about five things cyber thieves love to steal.

Furthermore, a single storage point can lead to system failure. For instance, if a centralized system crashes after an attack, its operations stop.

However, a decentralized system distributes data across several nodes that are independent of each other. Therefore, an attack on one cannot bring down the entire system. Also, breaching the system will require breaking through all the nodes; it is nearly impossible.

The internet has contributed so much to the benefit of man. Today, we do much of our daily activities online. And this requires us to fill in and store several details about us.

The internet currently runs on a centralized system making it possible for a single entity to control our details. However, this is dangerous as it can cause data loss and privacy infringement. But, decentralization of the web can replace this monopoly and create a more secure system.

Review PKT Cash – Is Decentralization the Future of the Internet. Cancel reply

What does a premium quality range hood look like?